What a season! Promotion for Lincoln City FC and Countrywise helped to keep them hydrated 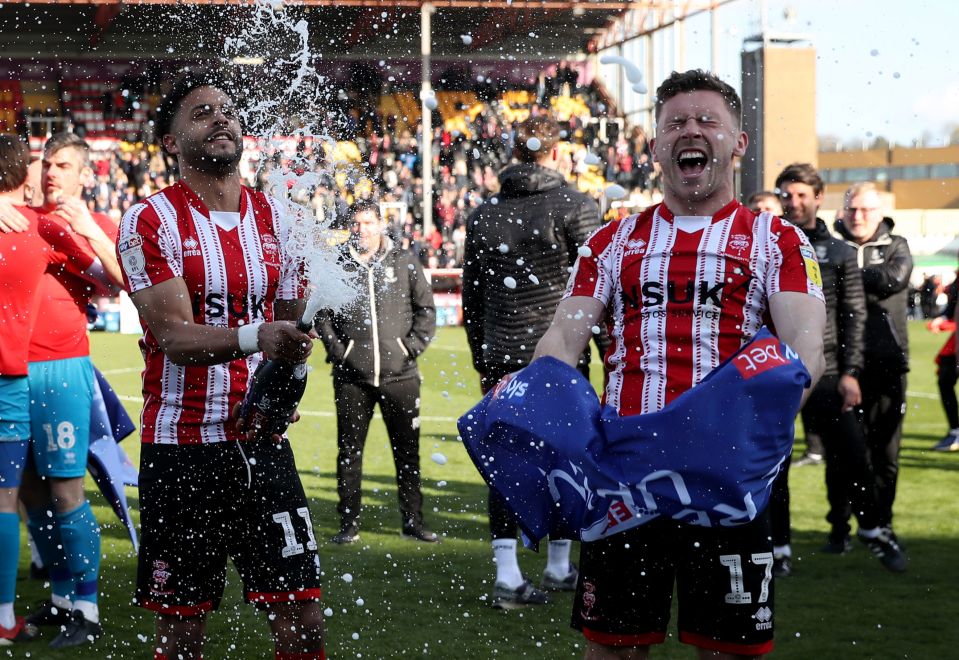 It’s been a good few years for supporters of Lincoln City FC; returning to the Football League in 2016 (after a six-year absence), that FA Cup run, winning the EFL Trophy and now they’ll be in League 1 next season after 1-1 draw on Saturday against Cheltenham Town to secure promotion.

Is it all down to the manager Danny Cowley and his assistant-manager brother Nicky, or are there other factors involved? When the Cowleys arrived at the Imps in 2016, they came with quite an impressive track record from their times with Concord Rangers (who?) and Braintree Town; suggesting they’re good man managers and tacticians – although now isn’t the time to analyse their collective pedigree; but let’s just say that under their tenure a few club records have fallen.

As you know (we hope you know) hydration is important to everyone, and even more so when you’re exerting yourself on the sports field; and in terms of football, dehydration of less than two per cent body mass deficit has been shown to impair performance, including intermittent high-intensity sprinting and dribbling skills.

It used to be that the only time for a footballer to get a drink while playing was at half-time; but things have thankfully moved on and drinking fluids is now permitted in unscheduled breaks such as when a player is injured.

During a football game, an outfield player runs between eight and 13 km, and it’s reckoned that the average player should aim to consume between 2 to 2.5 litres of fluid from food and drink each day.

As the official water supplier to the Imps, we’d like to think that we’ve helped in some way with their hydration levels and overall success. We provide two mains fed water coolers at the training ground, the Soper of Lincoln Elite Performance Centre, as well as the Wenlock Spring Sports Cap bottles for the players on match day.

At whatever level you play at – or work at – it pays to stay hydrated. Speak to our sales team on 0800 061 2193 for full details of our products and services.