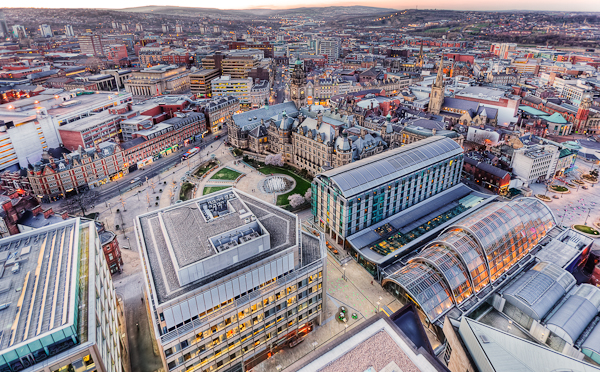 Sheffield; the city of steel, the Full Monty and two football teams both currently vying for promotion. It’s also said that it has around two million trees, making it one of the greenest cities in Europe.

About a third of Sheffield is within the Peak District National Park meaning it’s a magnet for cyclists, walkers, climbers and other outdoor folk; so much so that in the past few years it’s started to promote itself as the UK's Outdoor Capital City.

Over the years this proximity to the Peak District has attracted thousands of people to study at the city’s universities, and it’s also been a major factor in graduates electing to stay there once they’ve finished their studies.

A report in 2015 commissioned by Sheffield City Council and carried out by the Sport Industry Research Centre at Sheffield Hallam University found that outdoor recreation in the city “generates more than £53 million in economic output a year, in addition to engaging people in outdoor activity and generating significant health benefits”.

The city is regarded by many to be the climbing capital of the UK, with more than 10,000 based crag rats and the highest number of climbing businesses compared to neighbouring major UK cities.

But there’s more; Sheffield Ramblers has more than 1,200 members and there are also 26 running clubs; all of this contributes to the statistic that 66 per cent of people in Sheffield take part in outdoor recreation overall, more than six per cent above the national average of 59 per cent.

Thirsty work, so it’s just as well that the Derwent Valley Water Board came along in 1899 and built three reservoirs along the upper reaches of the River Derwent to help keep the people of Sheffield (along with Derby, Nottingham and Leicester) refreshed.

Sheffield, along with the whole of South Yorkshire, is one of the places that we deliver our water and fruit boxes to, and at the moment we’re offering free rental on any new bottled water coolers taken out between now and the end of April. Just call our sales team on 0800 0612193 and quote 'AUTUMN'.